I haven’t visited Chicago since I was in the 5th grade and at that age, I was honestly too young to understand anything so to be able to visit Chicago again now that I’m older and more appreciative was a good experience.

Back in March, my friends and I went to Chicago for a weekend to celebrate our friend’s birthday and it was lots of fun! Chicago is known for their deep dish pizza (and for being the windy city) so I was very excited to try it again. Before going, I kept trying to remember the taste of deep dish pizza from back in 5th grade haha talk about being nostalgic. Anyways, so here’s what we did that weekend!

We arrived really late at night, around 1:50 AM so we didn’t get to do much. We checked in our hotel and got ready for bed.

We spent our first official day with a lazy morning. We were so exhausted from getting in so late that we didn’t really get up til close to 10:00 AM. After breakfast, we headed to Chinatown. We walked around a bit and settled on getting dim sum for lunch. After lunch, we walked around some more, checked out the little gift shops they had and then headed to downtown! We had planned to check out the 360 degree Observation Deck and the new Tilt! ride (Read about Tilt! here) Tilt! was a lot of fun and very affordable for only $7 USD; 10/10 would do it again! A few of my friends were scared of heights and they were screaming while we were tilted but the experience overall was fun! (P.S. They don’t allow you to take photos. The workers there will take photos for you and they’ll be available for purchase)

After the observation deck, we headed over to the popular Lou Malnati’s for some deep dish pizza. I wasn’t too impressed with their pizza even though many other people were. It just didn’t make me think about when I was in the 5th grade and eating deep dish pizza. Anyways, we also met up with our friend Stephen who had moved from LA to Chicago two years ago and got to catch up with him for a bit. After dinner, half of the group headed back to the hotel to rest and the other half went out for desserts. 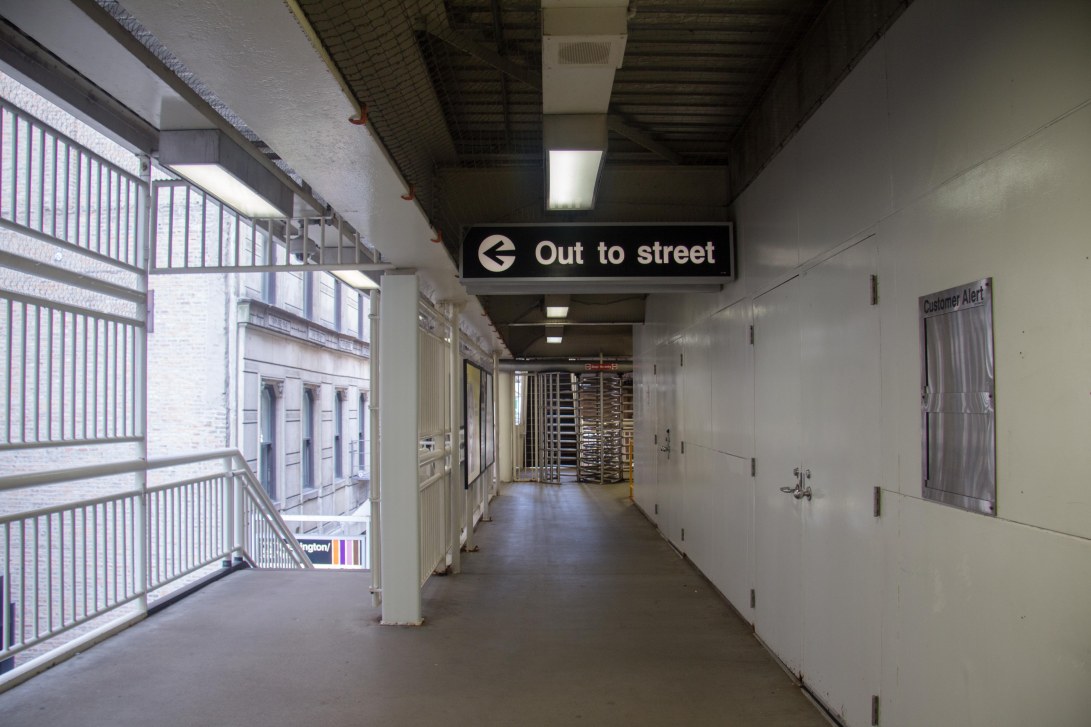 Happy birthday to our birthday girl!! Haha, anyways, so we woke up slightly earlier and headed to museum campus to visit The Adler Planetarium and the John. G. Shedd Aquarium. We spent all afternoon there basically and then headed to Crsip for some Korean fried chicken, YUM! Our group of 6 girls has a tendency to over order so we ended up ordering about 40 wings (these aren’t your tiny BBW wings) without even consulting each other, 3 orders of bibimbap, 2 orders of fries and 2 orders of fried mushrooms. We ended up finishing everything but man, were we full. After dinner, we got some ice cream and wanted to check out the famous Bean! Unfortunately, some shady stuff happened so we ended up going back to our hotel early and we just played some games and hung out. 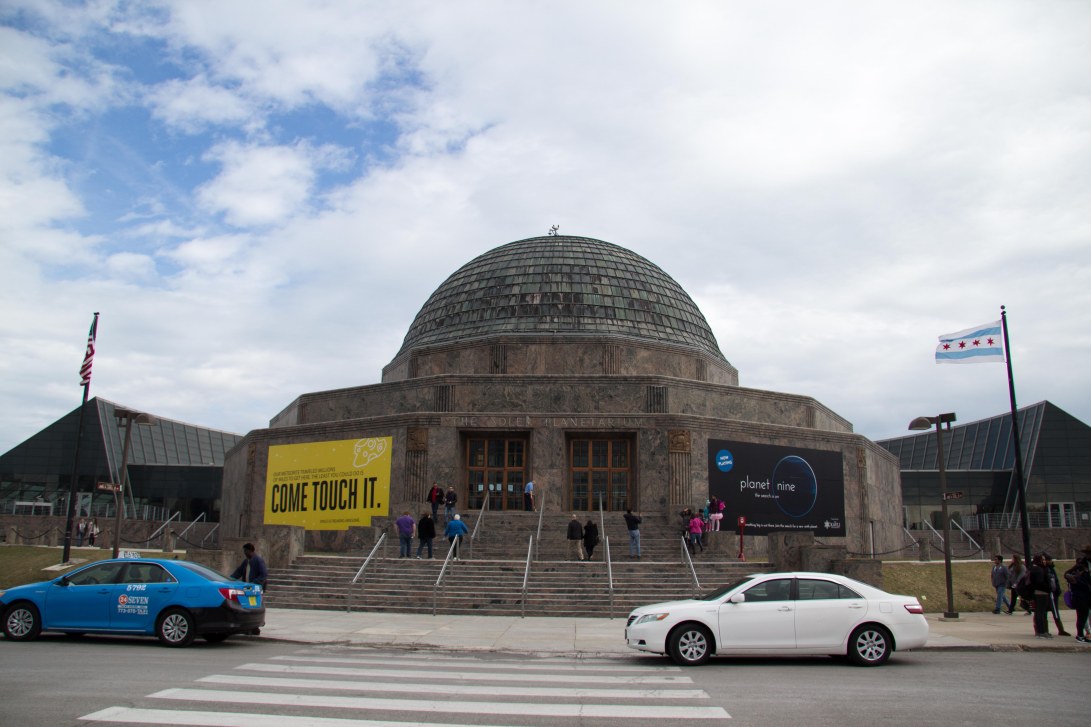 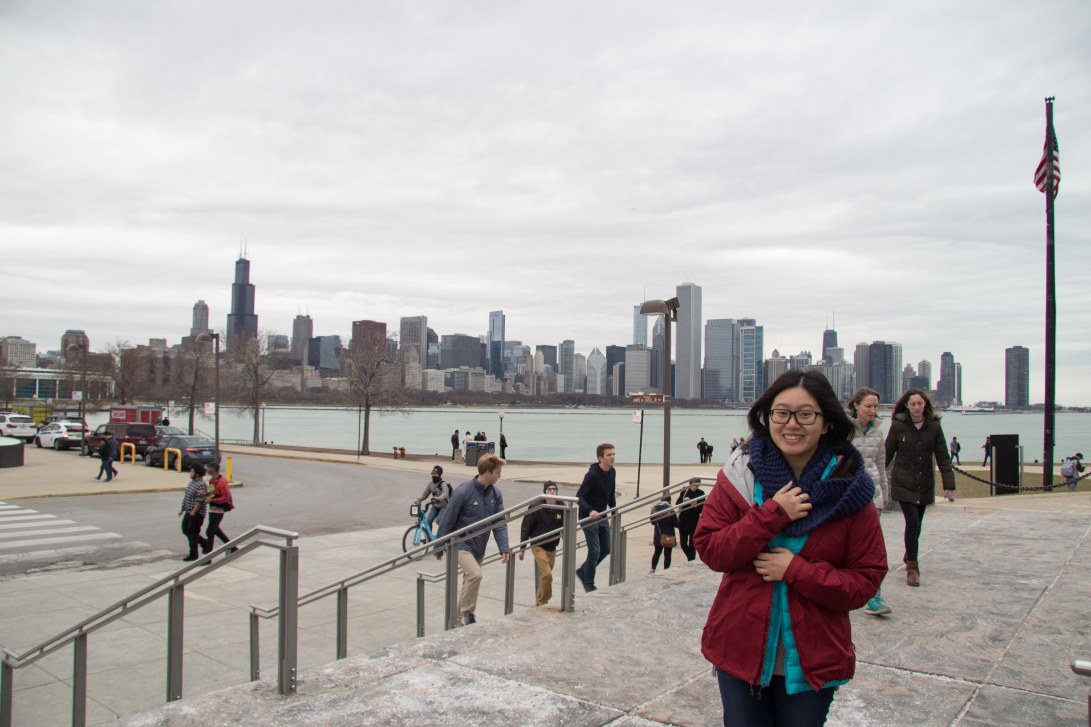 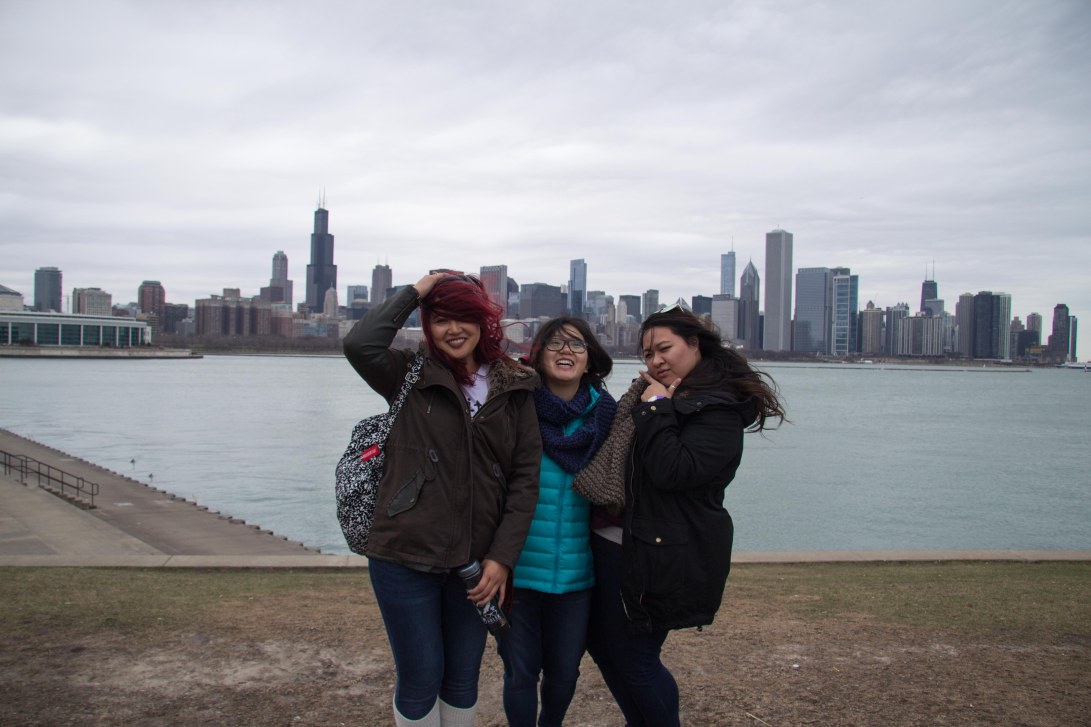 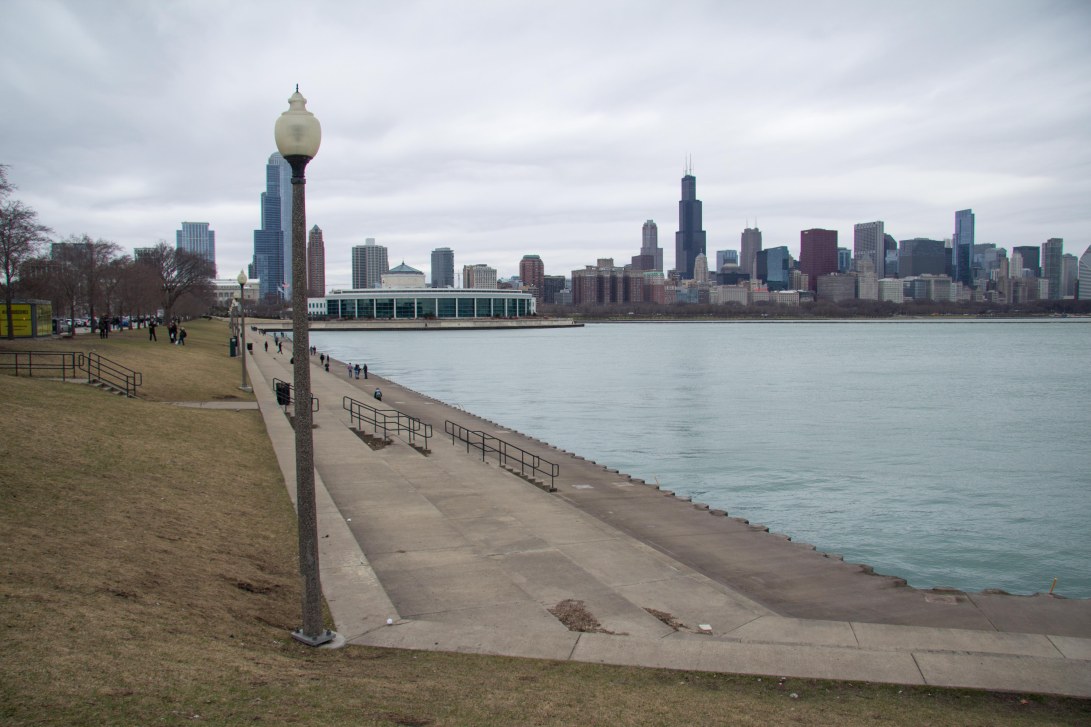 Our last day in Chicago was the one and only day we all made it to breakfast together haha. Today, we visited the famous Chicago Skydeck and I loved it. It was so cool (definitely recommend it, even if you’re scared of heights!) We spent a good hour just taking photos for each other on the deck and then we left to go visit one more museum; The Museum of Science+Industry!!! This museum is A MUST VISIT! There were so many cool exhibits and was so much fun! After the museum, we went to our last pizza spot: Giordano’s! Now this pizza made me think of my 5th grade self. We ended up each buying a few frozen pizzas to bring home to LA! After dinner, we finally got to visit The Bean without any disturbances. It was definitely a sight to behold, to be able to see the skyline right behind it and then reflecting against it if you’re viewing it from the side that reflects it (did that make sense haha) We spent a good half hour or so taking photos and then we picked up our stuff at the hotel and headed home! 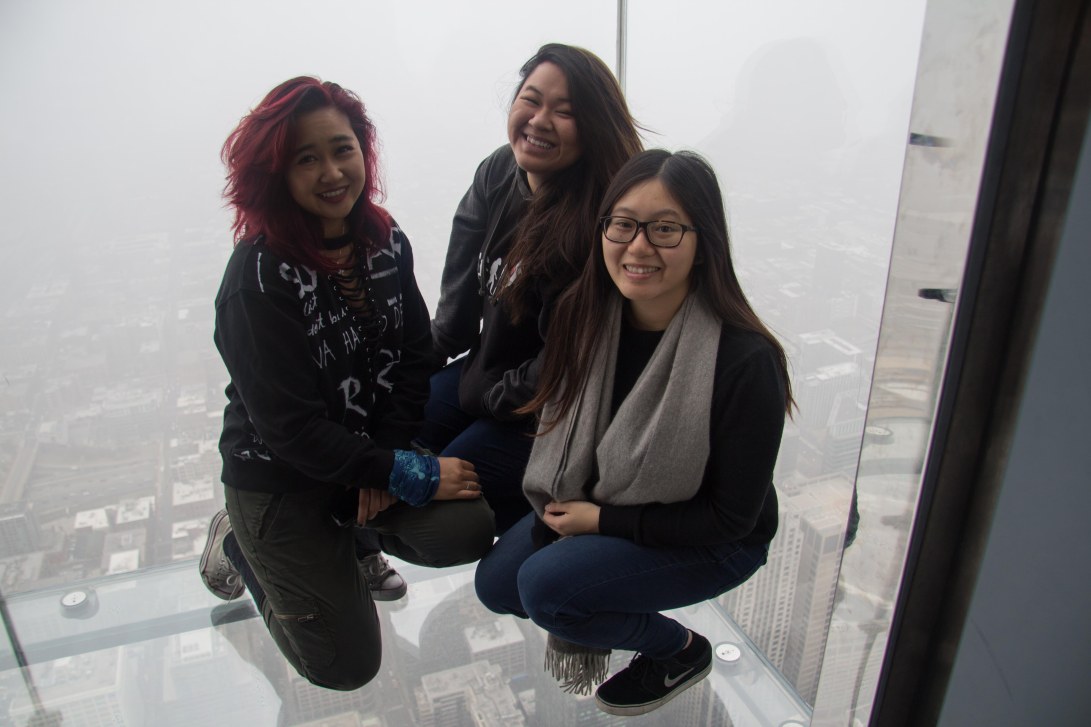 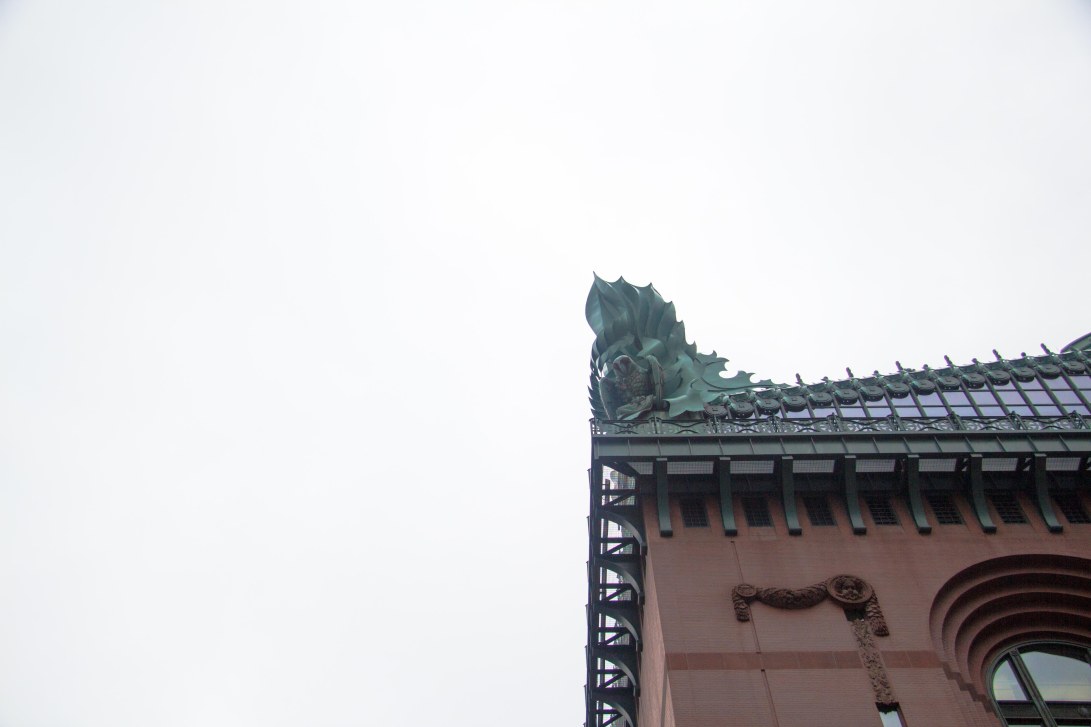 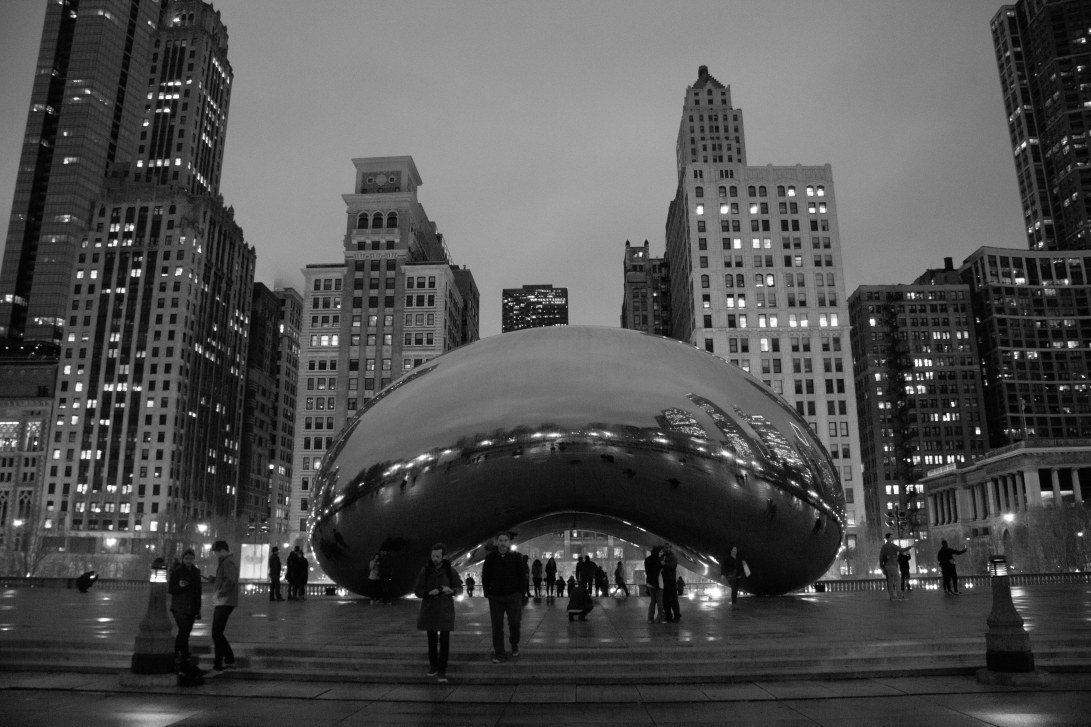 3 days in Chicago allows you plenty of time to do lots of things! It’s not really a city that requires an extensive amount of time, it’s more of a weekend city, much like LA so if you’re ever looking for a weekend getaway, Chicago is perfect! Just make sure to pack warm clothing because it was extremely windy when we were there. There were several times we almost got blown away (haha half kidding). The public transportation there is also very easy to understand and very convenient! Anyways, if you have any comments or suggestions, let me know!