I had dreamed about visiting New York City for so many years and it finally became reality. As a kid, I thought of New York as this grand place where big things happened; famous people are always on the streets and being able to see it with my own eyes was.. to be honest, a bit underwhelming. I grew up with this idea that I wanted to live in New York and work at Wall St. but as I got older, I realized I did not want to live in the city. I enjoy the hustling and bustling of the city but I enjoy the quiet and peacefulness of the suburbs more. Either way, visiting and seeing Manhattan with my own eyes can finally be checked off my list!

I was only able to spend a weekend in New York City and it was nowhere near enough time. I barely saw anything but it was a good start. Here’s a recap of my weekend in the big apple:

We took a redeye flight on Thursday night so that we would land Friday at 5am aka we’d have a full day. When you’re still young, this is doable but it still really takes a toll on your body, especially being crammed in a plane for 5 hours in an uncomfortable position that makes it hard to fall asleep. Anyway, I digress. Our group all arrived and reconvened at about 7am and we took a hour Uber ride to our Airbnb in Midtown. I forgot to take photos of our weekend home so I asked my friend Ruby to share hers!

After we checked in and rested a bit, we headed out into town. Our first stop was The MET museum! It is an absolutely beautiful building; the exterior was just so grand and magnificent as well as the interior. We spent a few hours there and then went to grab some lunch at Shake Shack! Shake Shack had opened up in Los Angeles but I was too lazy to make an adventure to go try it but hey, I got to try it in the city it originated from! Everyone raves about Shake Shack and I didn’t really buy into the hype but after trying it, I have to say that it is pretty good! I opted for the Shack Stack (Cheeseburger and Portobello Mushroom burger combined) and their portobello was so ridiculously juicy (yum!). Their fries are a bit underwhelming; like 3 small slices of bacon for their bacon fries and like one spoon of chili for their chili cheese fries. After Shake Shack, our group split up and half of us went to shopping for a bit and then decided to take the subway home. I was a bit scared to take public transportation because of what everyone had told me: NY’s subways are disgusting and dirty; filled with rats, etc etc but it wasn’t that bad. It was definitely dirtier than most if not all subways that I have been on (3 Asian countries) but it was bearable. The subway system in New York seemed a bit confusing  (probably because we’re weren’t locals) because we went to one platform, realized it wasn’t the one we needed so we crossed the street just to find ourselves on THE SAME PLATFORM. We had to ask for help and crossed the street again to get to the right one. Our journey home took us probably close to an hour but it was a fun adventure. Walking around and trying to figure out our way home was a fun way to get to know the city!

Food delivery in New York is great; it seemed like lots of places were opened late so of course, we opted for pizza, Korean fried chicken and boba. Talk about being fatasses, amirite.

On our second day, we visited the 9/11 memorial in honor of Veteran’s day and also checked out the 9/11 Tribute Center. When 9/11 happened, I was still very young and so I never fully understood it but seeing everything at the Tribute Center gave me a better perspective and really opened my eyes. For me, it was very informative and emotional – I  definitely recommend it.

Afterwards, we headed to the famous Bull and the New York Stock Exchange/Wall St. In high school, I had this notion that I wanted to work in Wall St. but that was short lived after taking college econ, haha! Seeing Wall St. in person was pretty cool; the place is HUGE and I was just so amazed by the grand front entrance outdoor. The pillars were so big and I felt so tiny standing next to it.

Next, we decided to head to Times Square to check it out and to grab dinner. We didn’t know where to go when we first arrived so we stopped by this hotel and just hung out in their bar for a bit and at ate pizza in their lobby, it was awesome! The pizza was so good, I want some now, haha. After this, we walked around Times Square a little and decided to order dinner to-go to eat back at our Airbnb. For dinner, we tried Carmine’s – a few of my friends had recommended it but my experience was not that great since we ordered it to-go and ate it 2 hours after. Next time, I’m definitely gonna make sure I dine in to get the full experience.

Later that night, a few of us went out to go explore Times Square again but this time, it was midnight and the streets were deserted. It was such a different experience to see the streets of New York NOT packed and filled with people. It was so peaceful and quiet and really made me see New York as the beautiful city it is. 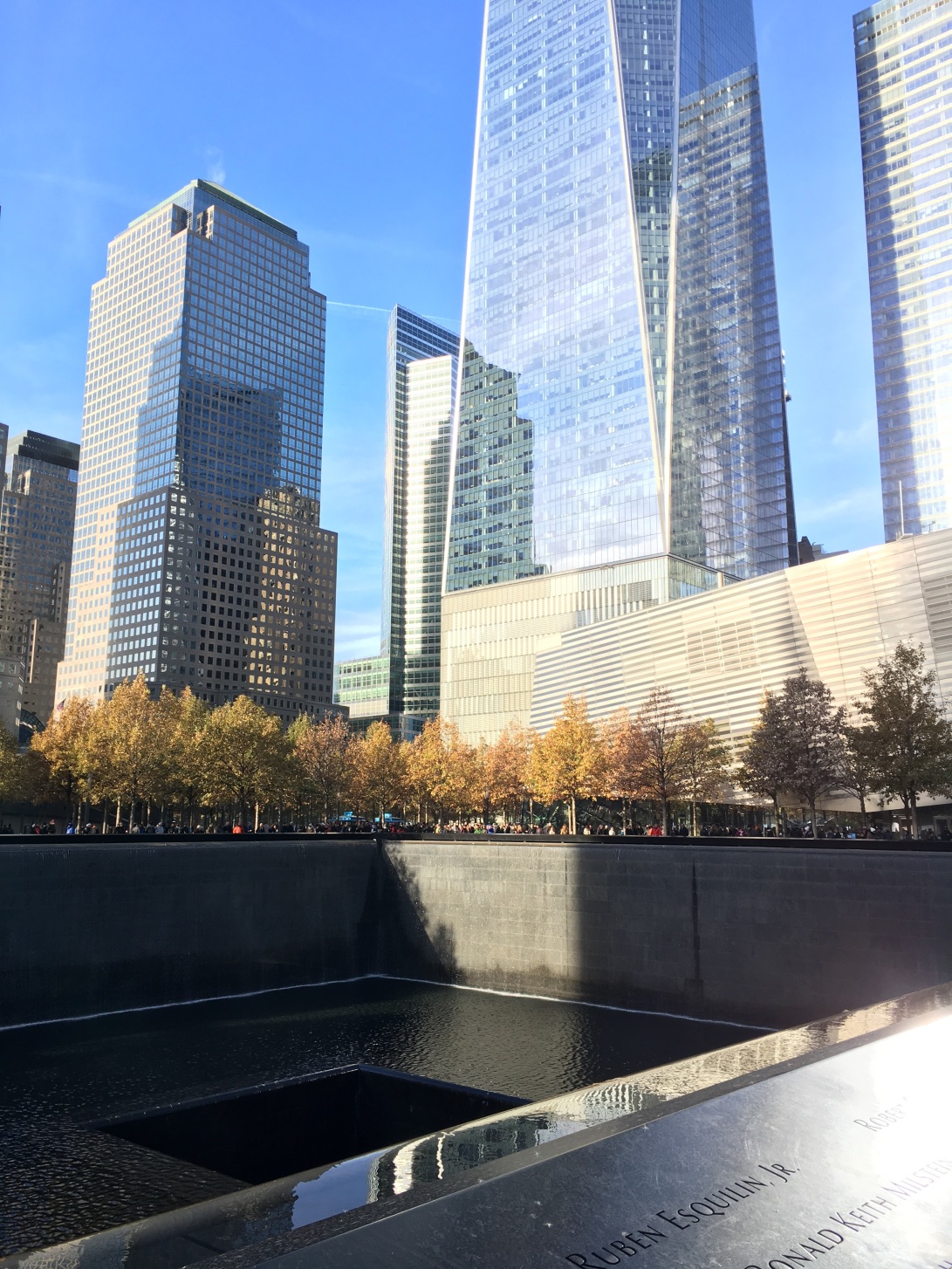 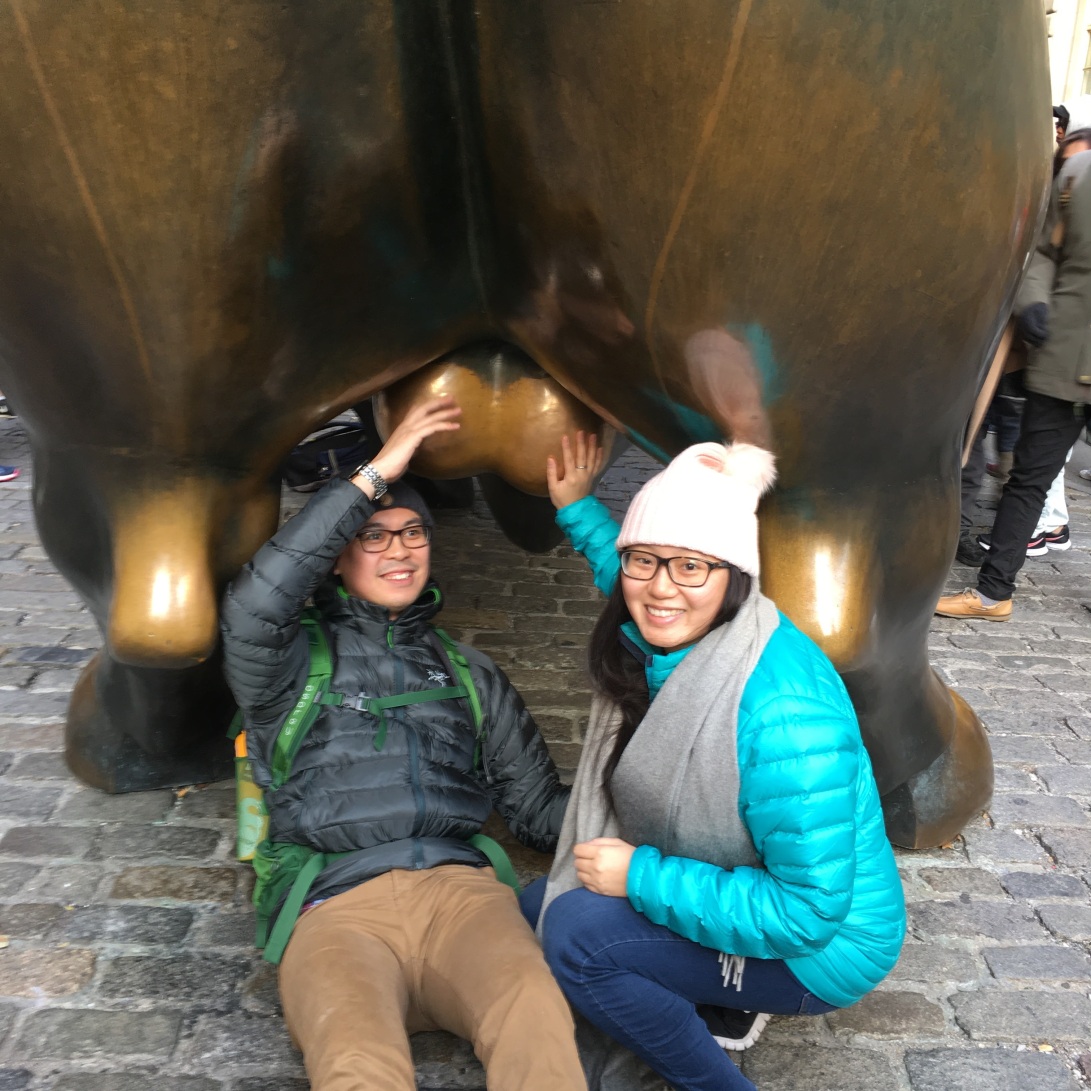 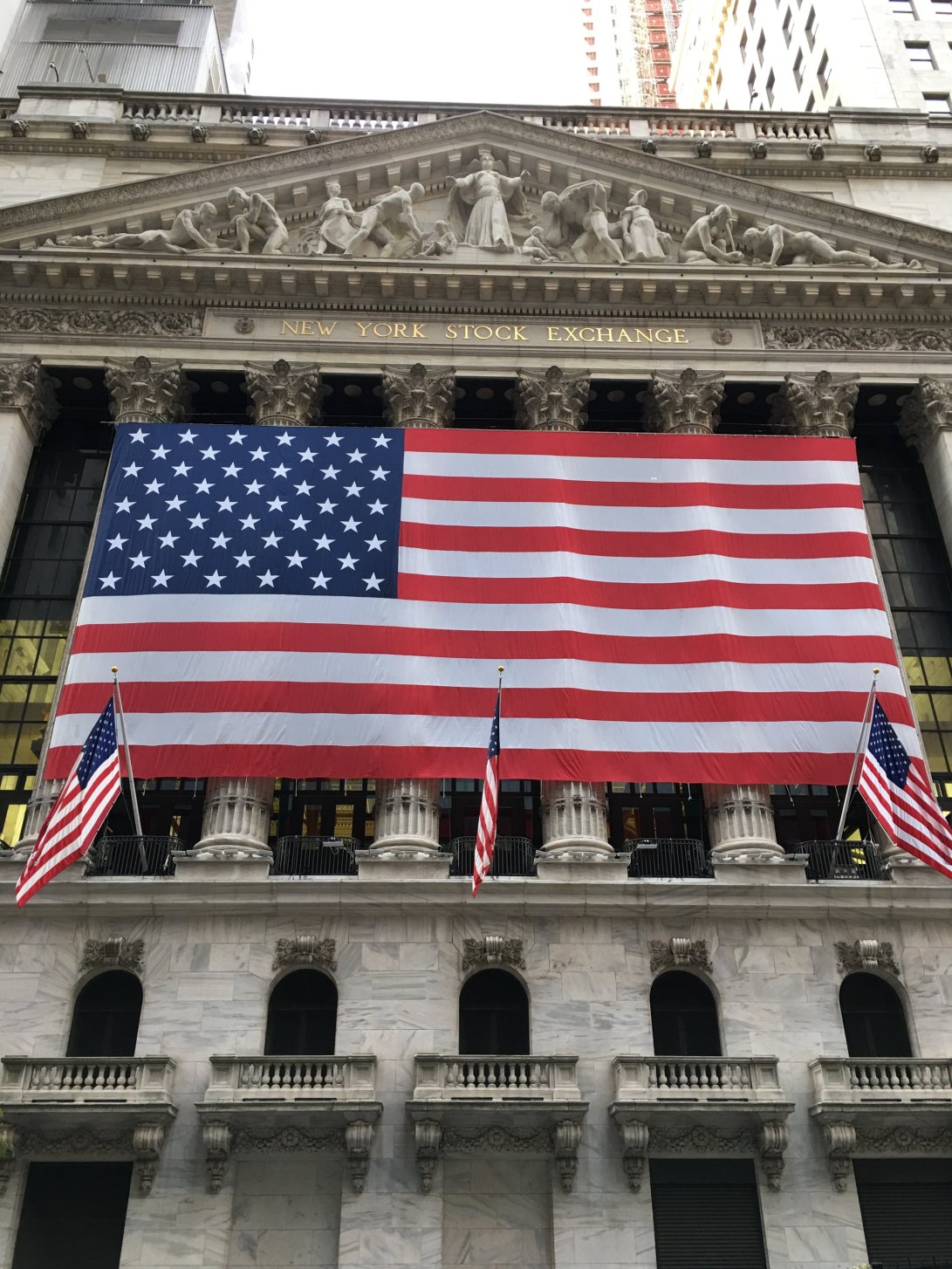 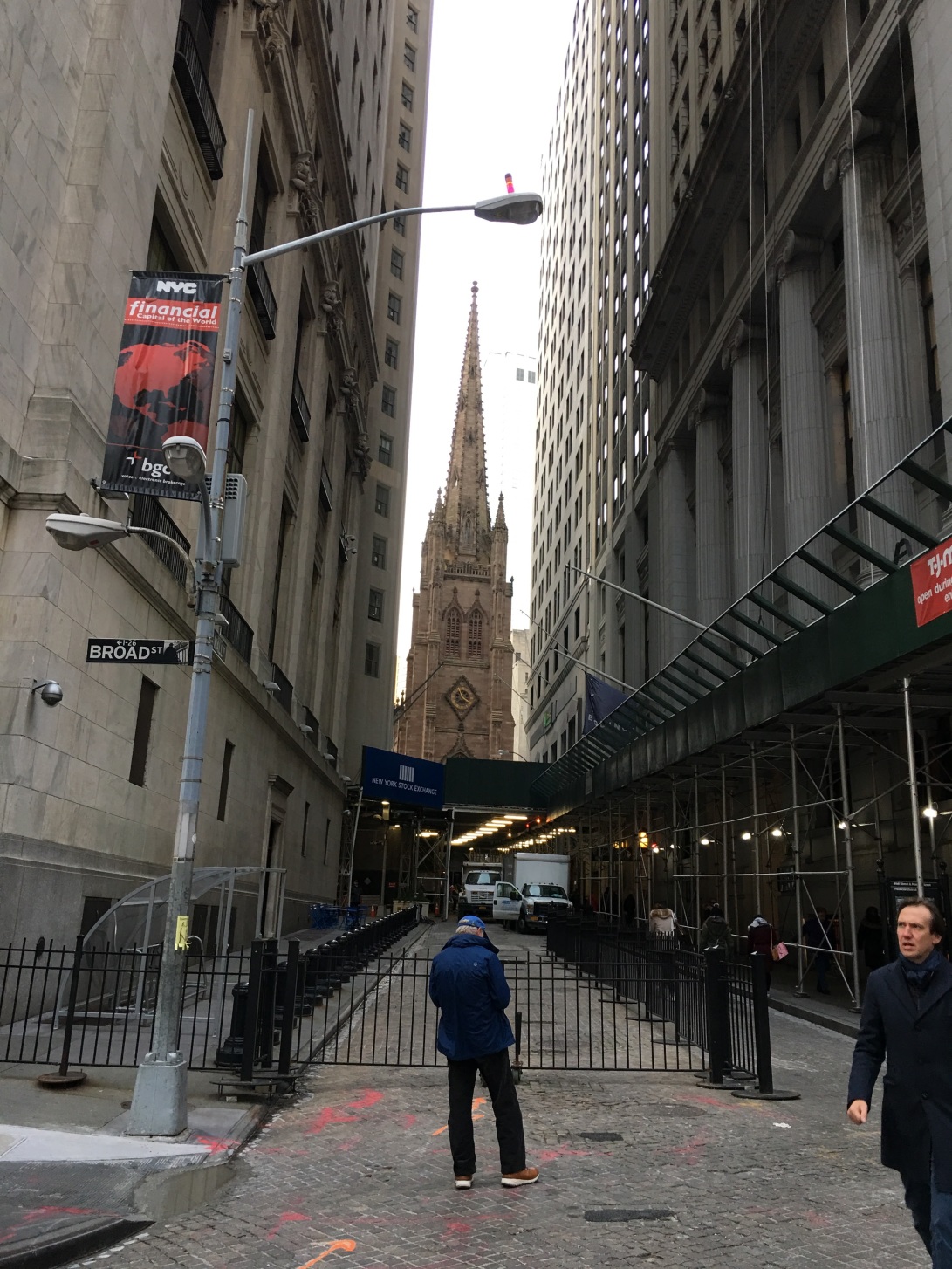 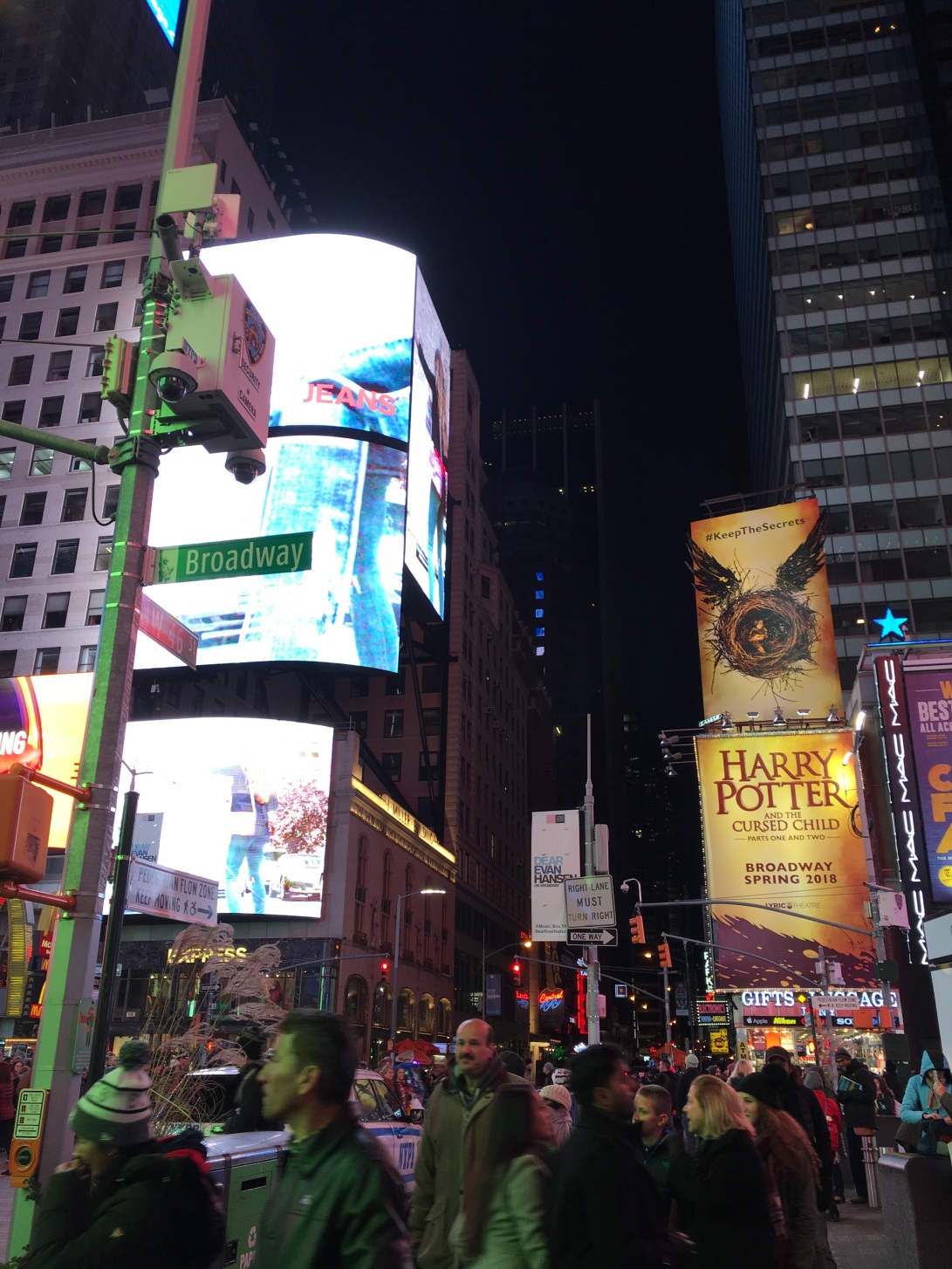 On our last day in New York, we finally made our way to the Empire State Building. I feel like every city I visit, I always find myself at one of the city’s taller towers/buildings and making my way to the top to just take in the entire city all around me. I felt like Blair and Chuck from Gossip Girl, haha is that just me or..? We spent a good hour or so there and then made our way over to the shopping area on 5th Ave and while on the way, we stopped and bought some peanuts from the vendors. I felt like a real New Yorker, haha. We stopped by a few stores and ended our trip with lunch at a small, local deli. 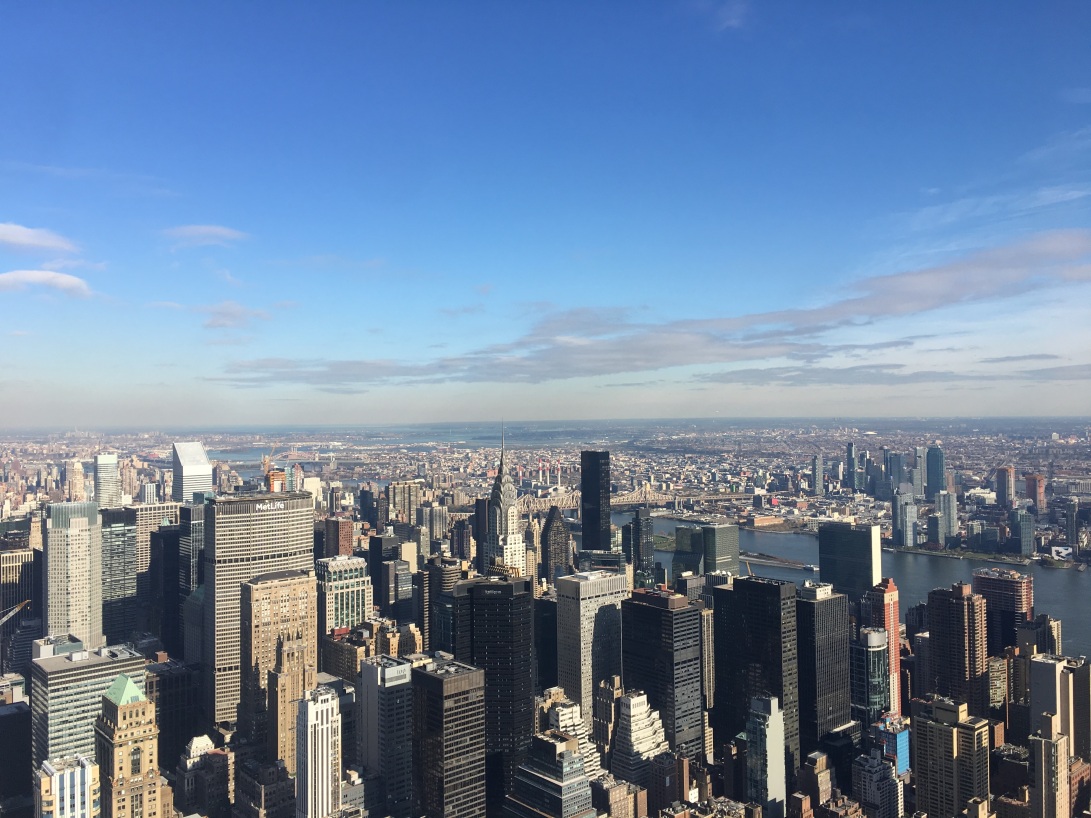 I barely had a taste of New York but it was a good enough introduction. I will be back very soon, in about 2 weeks. This time, it will be in the dead of winter and to be honest, I am scared.

3 days in New York is honestly enough to do a decent amount, but of course, the city is so big that 3 days is not enough to do everything! Hopefully this helps you plan your next trip to New York.